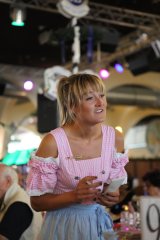 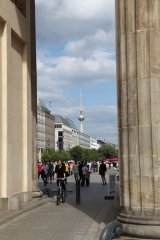 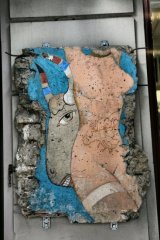 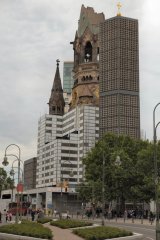 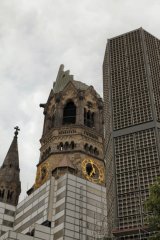 A city split in two by the Berlin Wall a barrier erected around the western sectors of Berlin, put up on August 13th 1961 with the sole intention of stopping the increased stream of refugees from the GDR. Supported by the Soviet Union and the others states of the Warsaw Pact they isolated West Berlin from its surroundings as much as possible, sadly the Berlin wall claimed many victims.

Today the remains of the wall still bear testament to this era, as does the famous, Haus am “Checkpoint Charlie” (Checkpoint Charlie Museum) documents the history of the Berlin Wall and the many methods used by people to escape to the west.

“Berliner Mauer” (Berlin Wall) only a shell of what it once was: however there are still remnants of the wall to be seen and these are depicted in some of my images. Many memorials to the last war remain a poignant reminder of the cruelty of wars, as indeed does the memorial to the murdered Jews of Europe.

The “Brandenburg Gate” was originally intended to be a symbol of peace, but eventually the winged victory goddess, Nike, and four horses chariot were added to the top of the gate, symbolising the strength of the Prussians.


Berlin is today a very vibrant and exciting city