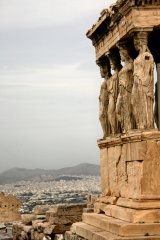 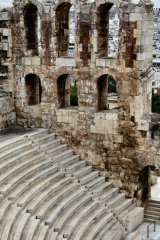 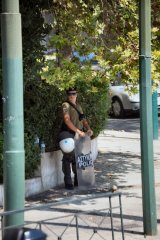 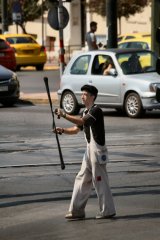 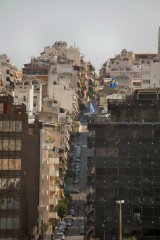 I have been to Athens now three times and really enjoy the city. The circumstances have changed in recent years due to the political upheaval and the EU fiscal complications and stringent financial regulations hoisted on the nation to affect a so- called bail out. But the humour that seems to go with this is astonishing and frankly amazingly refreshing, one gentleman told me he had been reunited with his brother at least six times in the last few months as every time the government called another election his brother had to travel all the way back to Athens to vote.

A taxi drive had me doubled over with laughter one day when he was recounting how the government had restricted how much you could draw out from the bank each week. His old mother phoned him to say not to worry about sending her an allowance as the government said she could now draw 50 euros a week from the bank. He had to explain to his mother that she needed to have the money in the bank in the first place.